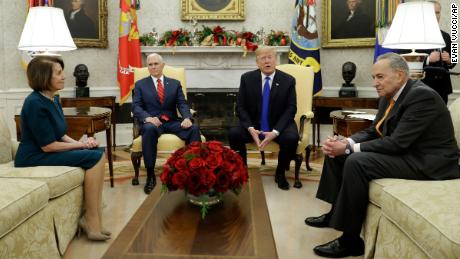 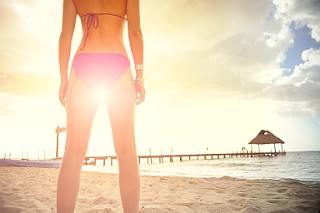 Looking at my browser history you would think I constantly buy my wife bikinis and lingerie. Nope.
Posted by James E. Gaskin at 6:22 AM No comments:

New Instructions for ICE Officers at the Border 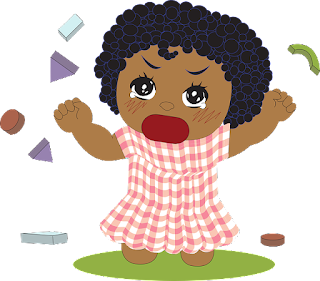 Under orders from President Don the Con Trump, Immigration and Customs Enforcement (ICE) agents are separating immigrant children from their parents. Under President Obama, children could only be separated one night and must be in the same facility. Under Don the Con Trump, preschool aged children are torn away from their parents and shipped to holding centers hundreds or thousands of miles away.

Borrowing a line from Bill Maher, let's make a New Rule: When ICE agents talk to families captured while crossing the border, the must begin every statement with, "Achtung!"

Let's just hope Trump doesn't start spreading the word about a "new directive" that handles immigration with a wonderful new "final solution" he read about in a history book.

How to Make Internet Shopping Even Better

Your collective sidebar (and banner) ads are a great help when I'm searching for products, especially gifts. For instance, my wife and daughter both like Kendra Scott accessories:

So those ads really help at Christmas and birthday times. Thanks.

However, there's no button to click to say, "Thanks, bought those gifts already," and stop all those ads. Personally, I don't wear Kendra Scott accessories. My primary accessories are my wedding ring, a watch (either the one from my wife or the one from my daughter), and face stubble before I shave. So stop the with the Kendra Scott ads until the next time I type, "birthday gifts for women" in the Google search bar.

On the other hand, while I have never bought a bikini over the Internet (or in stores, for that matter), please KEEP sending me those ads. There's always time for bikini shopping, a tiny vacation from work that appears at random times and cheers me up, especially in the winter. 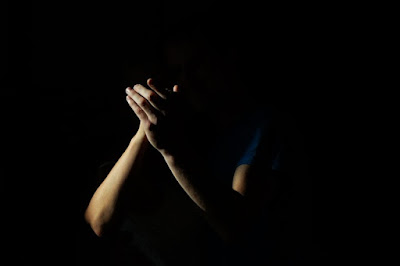 On Sunday, Russian President Vlad "The Impaler" Putin won reelection. The world was schocked, shocked, to hear this news. But not our Imperial President, Don the Con Trump. He was thrilled. So thrilled, in fact, he called Vlad and congratulated him on his stunning victory.

Next on the Trump agenda: Calling the Harlem Globetrotters to express amazement at how easily they beat the Washington Generals in a recent basketball game. 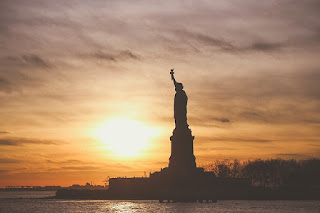 It's nice when you find something in common with your President, even Don the Con Trump, our current White House occupant. Even better when finding out the details behind the action help clarify things so well.

First, Trump keeps complaining about "chain migration." While some may think that means importing chains for bicycles and watches and tow trucks, that's not the definition here.

Chain migration refers to immigrants getting special advantages to bring over their relatives. Unless you talk to one of your black friends - they have an entirely different view on chain migration. In their ancestor's case, too often migration meant being chained on the trip over.

The chain in the spotlight now is more in the line of, "the old ball and . . . " variety. Melania Trump brought her parents to America, and they have Green Cards. This means they can work, they jump some of the hurdles needed to become citizens, and ICE leaves them alone.

And that's the first time I said that about the current administration. Normal. Hard to believe, but true.
Posted by James E. Gaskin at 12:12 PM No comments:

Where Fox News Really Got the Name

Not according to the traditional history peddled by Fox. According to them, Fox News picked the name from one source that sprung from an earlier source.

First, Fox News is a corporate sibling of 20th Century Fox, the movie studio. That name history almost makes sense. See in the image above the two beams of light on the left side (horrors, the left!) They look for all the world like searchlight beams old Hollywood put outside theaters during movie premieres.

And since the 20th Century Fox movie studio was named kind of after William Fox, founder of Fox Film, one of 20th Century Fox's predecessors, that makes even more sense.

However, according to the information found on a slip of paper that fell from Vladimir Putin's pocket, FOX is really an acronym. The term is short for "Founded on Xenophobia."

It's funnier if you know that xenophobia is, according to Merriam-Webster dictionary, the "fear and hatred of strangers or foreigners or of anything that is strange or foreign." If you didn't know what it meant before this, you can certainly better understand the humor now. I hope.

Now that Muslim travel ban makes much more sense. And it explains why President Donald Trump (aka Don the Con Trumpski) watches almost nothing except Fox News and Ivanka's butt.